Saturday E had a soccer game and the weather and time of day were finally aligning for photo ops. The Bombers were also a little short staffed, meaning Eion played three quarters as opposed to his normal two. Unlike most children, who would relish extra field time, Rainman was not pleased about the change. It only took mild threats and potential loss of xbox to motivate him to still play. 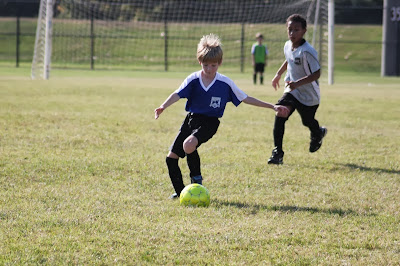 But all distress was quickly forgotten when the coach bought the team slurpees. The last game is tonight and not a moment too soon.

Sunday I was quite determined we should get out of the house and make some memories! Apple picking was determined to be the plan. Well, for four of us. Eion skulked all the way there and voiced his dissent. When I asked if it was the apple picking or the family togetherness that bothered him more, he said apple picking. But the entire outing was not to his liking.

Being those types of parents, we left him in the parking area. 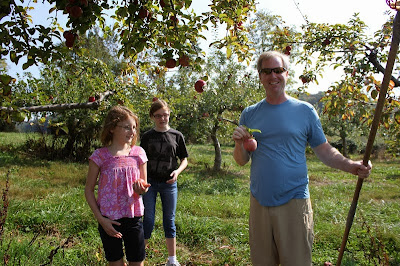 The rest of the family had plenty of fun. It was a gorgeous farm and had many different varieties from which to chose. 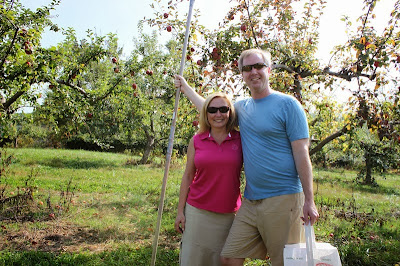 Eion was safe and sound upon our return. He had played in the dirt and chatted up the orchard owner. 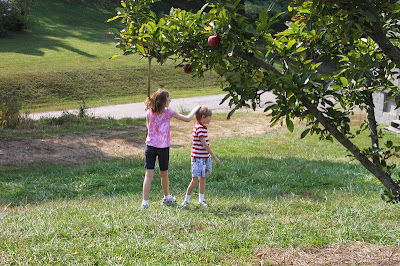 Having won his way out of being with us at the orchard, Eion was perfectly willing to have lunch and see the new candy store downtown. 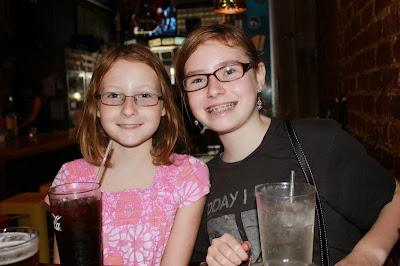 So we did indeed make memories, just some family members have happier ones than others.