The Chicken Situation Spirals Out of Control

Months ago, before we even had our first chickens, Maggie's friend Margaret told us how her class would be hatching chicks and asked if we would take one and foster it for her. No problem, I thought, we'll just mix it in with the others. Being a poultry rookie, I assumed it would arrive at the same time as ours. Not so, I soon found out. So with our Peepers grown and enjoying their outside existence, the new chick was due to arrive yesterday, only a few days before spring break.

Having seen how social they are, I hated the thought of one lonely chick in the brooder for weeks. It seemed cruel. But it turned out there was an extra and we received our two mystery breed chicks yesterday. They are the cutest! Just like an Easter card I tell you. 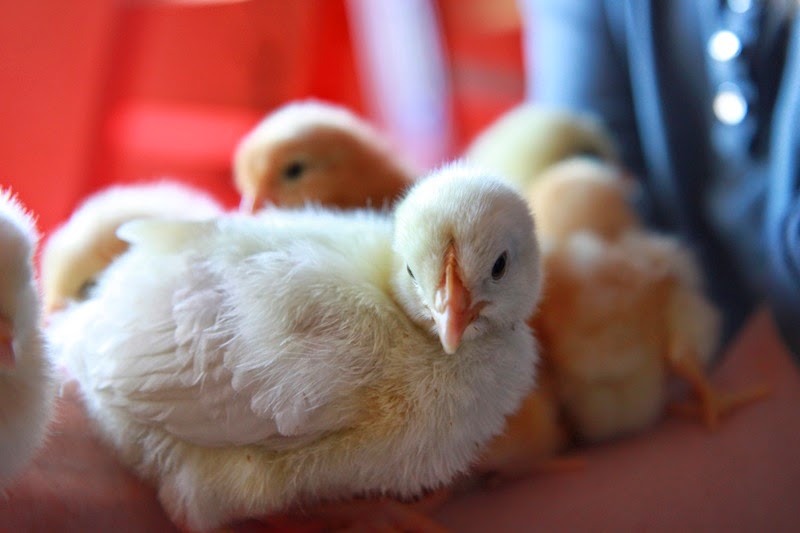 Meet James Blonde. (The other North Cross chick is Jet.)

Fiona, Margaret's mother, agreed to house them until they were ready to join the flock outside. I told her whenever she tired of the brooder, she could just send them our way.

But then I started to worry about integration into the flock. Would the existing Peepers accept new friends? With no scientific evidence or experience to guide my thesis, I decided that we should have five new peepers. Then when they went out, there would not be just two new chicks to pick on. Both Fiona and Tim agreed that, in spite of any proof, my plan seemed solid and Fiona said she could house five chicks. 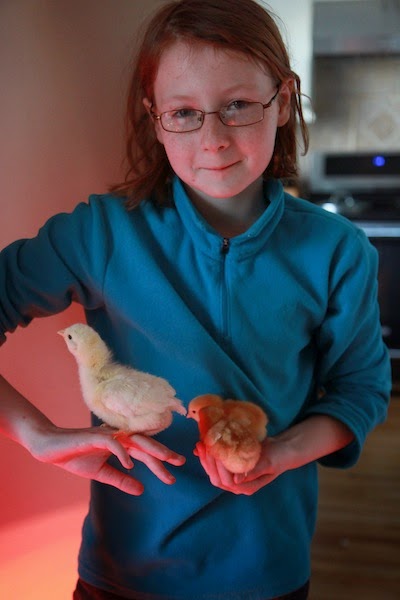 But our additional chicken purchase plan was thwarted by Holdren's Country Store - all their chicks were claimed. Rats.

Not one to be put off so easily, we went to the Tractor Supply store, which had tons of wee birds available. But there was a catch, you had to buy a minimum of six. Well to hell with it all, we just got six, bringing our total chicken count to thirteen. 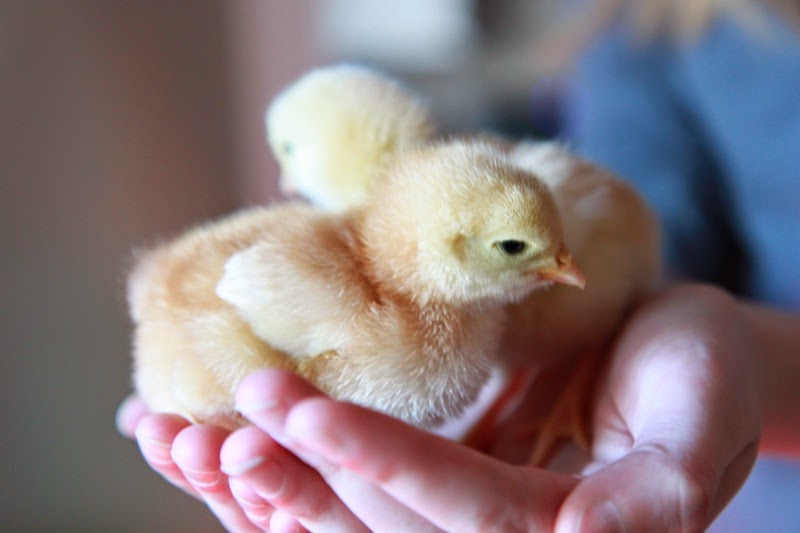 Luckily, Fiona was not upset about the expansion but did qualify that they may be returned to us a bit sooner than planned. Her kids were thrilled. I received a text to the effect of "This is awesome! Mummy would have never agreed if you asked first!" 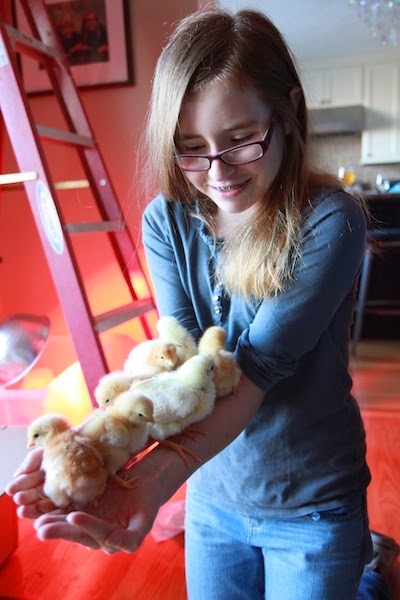 The newest six are also mystery varieties. We named them Attila the Hen and the Peepers of Chaos. So it is brooder box time again! We'll keep you posted on the merging of the flocks later this spring...
Posted by Katie at 8:45 AM