We're Not Quite Dead Yet 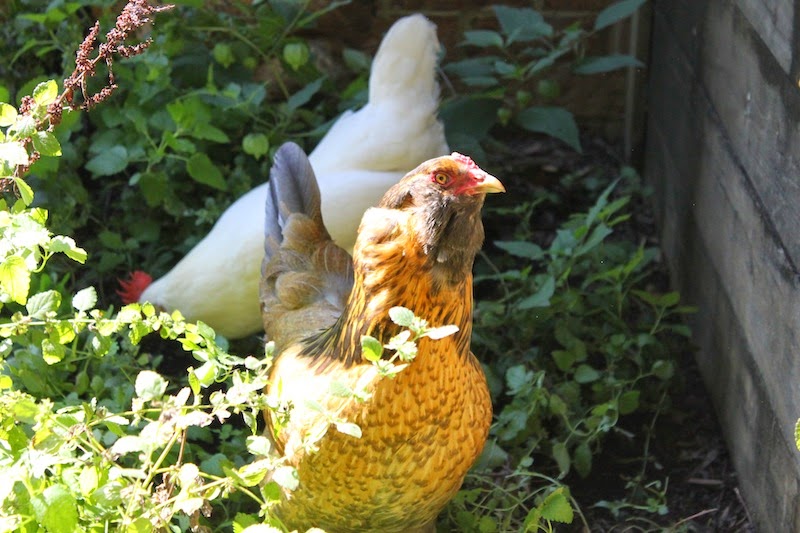 After about three hours in hiding, the two missing birds showed back up. I really thought they were toast. Normally, even if they are in the neighbor's yard or hiding, when I go out and make kissing noises, they come out, mostly because I am bearing people food, their favorite kind. After searching high and low, and making kissy noises until I was near hoarse, I had not found them. But they turned up later and all five are sleeping safely in their Tardis blue coop.